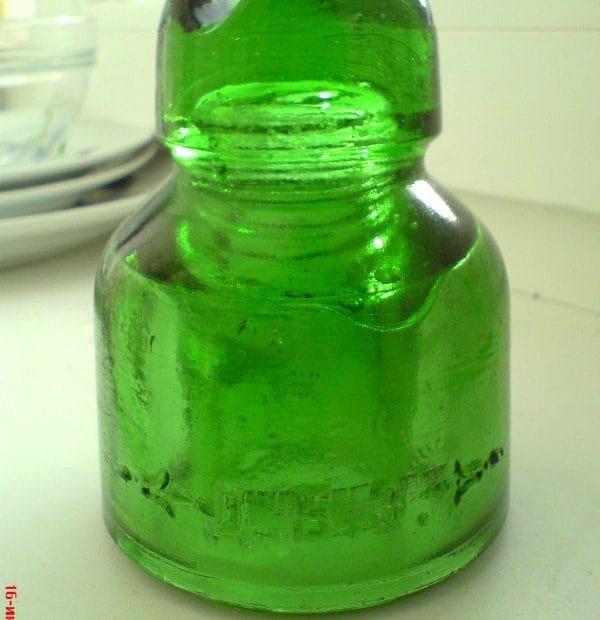 It will be a story about a glass insulator and a first class seller, Jew Basil.

But before I continue, I would like to define the terms. What is eBay at all? This is a market the size of a planet. A place where anyone can sell or buy any thing. But not just. To get what you want, you need to compete with other enthusiasts – those who say it is this disc U2, released in Japan, limited edition, need in the collection well, badly, like you.

The seller puts the goods are usually at a minimal cost, say, a cent. Or a dollar. I make a bet on that dollar. A man from Greece, sees the same thing on the computer screen, and put a half dollar. Someone in Iceland raises two, but after ten minutes of his bid interrupts an American who just lays fifteen – just enter the amount in the bid box. And so on. Auctions usually last a week. During this time the price of a commodity with a dollar may rise to hundreds of thousands. With each unit sold by auction takes a certain percentage of commission.

eBay – the world’s largest online auction. One of the leaders of the world market of high technologies, whose financial results for the last few years have impressed even the worldly-wise experts. Brand eBay officially recognized as the most expensive in Networking, leaving behind such giants as Google, Yahoo! and Amazon, and the company’s capitalization at the beginning of 2006 amounted to almost $ 50 billion. EBay founder Pierre Omidyar is now one of the world’s richest men, and five years as a retired general. EBay CEO Margaret Whitman, according to Forbes magazine rating stands at 5 th place in the ranking of the most influential women in the world. According to official statistics on the eBay registered every 5-th user of the Internet, the number of participants close to 300 million.

eBay – partner of companies such as IBM, Sun Microsystems, Visa, a strategic partner of Microsoft. He has tremendous traffic and huge momentum. Registration and membership is free for all. Here are successfully operating all types of entrepreneurs – individuals, representatives of shops, and entire organizations working in the field of electronic commerce.

I have a friend, an old Jew named Vasya – he holds the office in Manhattan, sitting in the Empire State Building. So he said to me once. In this world, grit, Ruslan, you can sell anything. The main thing – that the point was a good cross. And there is already on any product you can find a buyer. No do not eat pies, kittens, right? But I did tell you – get up to these pies at Rockefeller Center, and dismantle them. Because there are many people third.

One day in early autumn – it was five years ago – I stood at the bus stop somewhere in the Kalinin, waiting for a bus, and having nothing to do kicked slope. Something flashed. Toe, I dug out a glass insulator. Well, those that hang on poles. Beautiful, like a UFO. Pomotrel I’m at it, and remembered about Vasya. In all, say, the buyer is? Check.

Search the web in the same evening showed that among the collectors, there’s even a wild subculture, as collectors of insulators. Publishes books, directories, hold conventions, all seriously. The next day I returned, found a glass, laundered it, photographed, and put up for sale.

Th is is – asked me to post. Isolator say, from the post. Where can I send? Canada. She stared at me at first, then to prison. Who in Canada you need it, the old Soviet one from the post? Well, someone must have needed saying. Valya come quick look at the man, he sends the insulator, ha-ha! In Canada, air! Fill in the declaration, young man!

There’s the lady nor her friend Valya had no idea that a glass extracted from the slope at a bus stop, was sold to entry of over 680 dollar, and for her beating four dozen people across the globe.