Why Would Anyone Ever Collect Insulators? 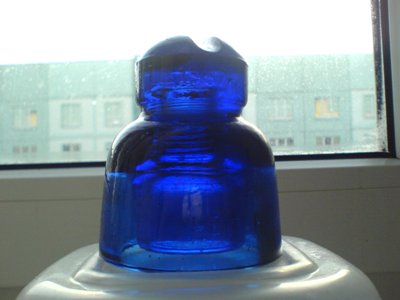 Insulators have also been made in porcelain, wood, rubber, plastic, and iron.

If you don't like large collectibles, you can go as small as 2 inches. If you perfer BIG, many insulators are available in sizes over a foot across and a foot tall.

Insulators come in all price ranges - depending on their rarity. For as little as $1, you can actually find a large range of colors, styles and sizes. Many of the vibrant colors cost more - $10 to $50 each is enough to put together a range of colors, shapes and sizes that will knock your socks off. As with any antique/collectible, you can also spend hundreds or thousands on some of the rarest items.

One of the nicest parts about insulator collecting is that most of them (from the cheapest to the most expensive) are pretty available. They can be found in magazine ads and internet ads; and you can go to the "insulator store" via shows being held all around the country all year long. (The National Insulator Association coordinated the large shows, and supports the hobby in many other ways.)

Once you have a supply of insulators, you can also trade with most of the other collectors.

Those who want a treasure hunt can still find insulators "in the wild."

Many collectors also view insulators as a large part of their financial investment package.

Some insulators date back to 1844, with the inception of the telegraph. (They were used to hold wires off the ground.) They are real pieces of history that you can hold in your hand and put on a shelf. Some porcelain insulators are still being made (although most cities are putting most of the power and telephone lines underground without insulators), but production of glass insulators ceased in 1969.

Insulators have made it through wars (including the Civil War), being buried for years, or just being unnoticed for 100 years or more in a remote area. Many have survived the gunshots from cowboys of old and little boys of late; and many wooden insulators were not destroyed in the San Francisco earthquake and fire. 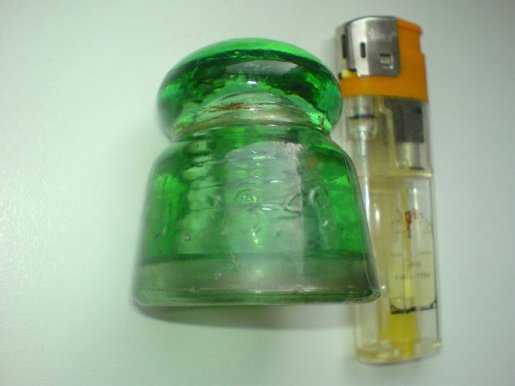 Many areas of antiques and collectibles are cold and businesslike. You won't find nicer people in any other hobby than insulator collecting. In addition to the national and regional shows, many shows simply began in someone's backyard. Backyard get-togethers are still common, as are tailgaters in the park.

In some areas of collecting, the few who have a great deal of knowledge are hesitant to let anyone else know the secrets. In the insulator world, articles are written as soon as new facts become available. And, when the new collector has questions, he can call any of the pros on the phone (or the internet) and get friendly answers. It is very common for dealers at insulator shows to hand out glass or porcelain beauties to the new collectors and youngsters. Insulator collectors are just the friendliest group around!


The original of article at the Rainbow Riders' Trading Post.